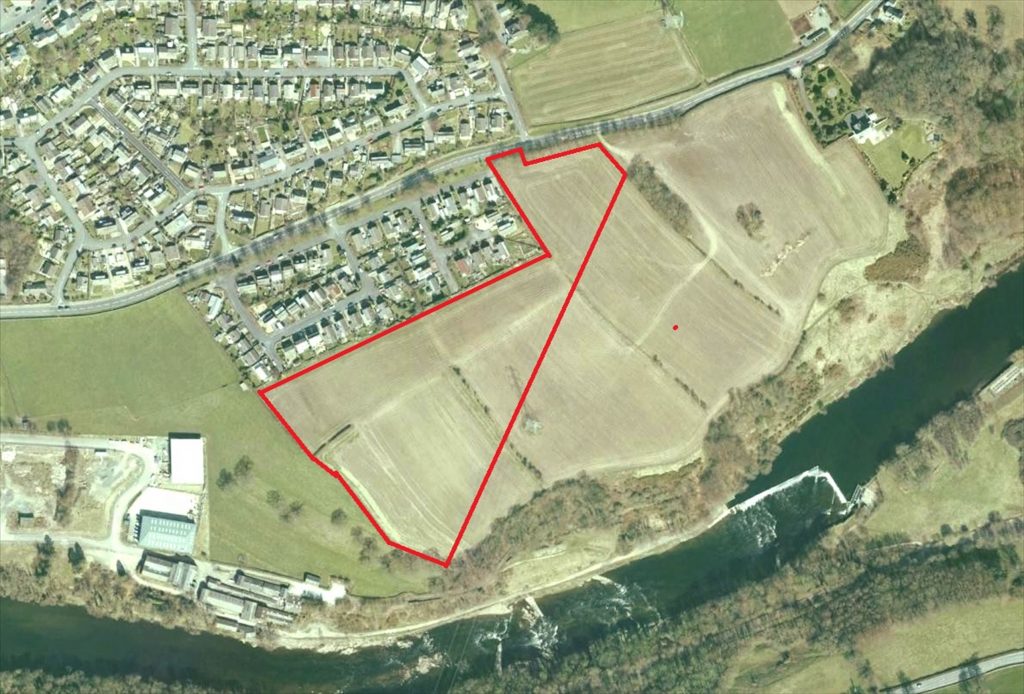 Are land banks a reality or a myth?  Here is the view of Paul Smith the Managing Director of the Strategic Land Group who offers his opinion on the matter in an article in Builder magazine recently. The article is an unabridged version and the authors viewpoint only.

“The spectre of land banking has never been far away in recent months, most recently rearing its head in discussions around the new National Planning Policy Framework. By now we’re all familiar with the notion that if it weren’t for land banking we wouldn’t have a housing crisis, councils everywhere would have a five-year supply of housing land and there would be no need to develop on either greenfield or greenbelt sites.

There is an unfortunate fact, though, for those that choose to blame land banking for the housing crisis – it doesn’t actually happen.

We can be confident it doesn’t happen because of the number of times it has been investigated. The Barker Review (2004), the Callcutt Review (2007) and the Lyons Review (2014) all found no evidence that it happens. Nick Boles, Planning Minister in 2013, asked his department to carry out a factual review to look for signs of the practice – they found none. And if that isn’t enough, in 2008 the Office of Fair Trading investigated the house building industry and found no evidence of land banking either. That’s five reviews in 14 years, all agreeing that land banking does not happen.

There are some very good reasons for that.

Firstly, it wouldn’t work. New build sales only account for around 12 per cent of transactions – not enough to distort the market sufficiently to make prices rise dramatically. Furthermore, the 10 biggest house builders only control 40 per cent of the new build market.

Secondly, it makes no business sense. House builders have business models based on Return on Capital Employed. They spend a lot of money buying sites. They don’t just want that cash to sit there, doing nothing. They need to start getting a return on that money. They need to build homes as quickly as they can.

There are a plethora of factors acting to constrain that rate of build; the ability of the local market to absorb sales and the availability of labour, for example. Technical challenges can also be a factor, particularly with very large sites – perhaps the number of homes they can build is limited until some infrastructure improvements are delivered, for example.

Developers do what they can to combat all those constraints in order to allow them to build and sell as quickly as possible. Some even go so far as having multiple brands to help them sell more homes in the same market areas (sometimes even the same sites) – think Barratt and David Wilson, or Persimmon and Charles Church.

In the words of the Callcutt Review: “other things being equal, housebuilders have a strong incentive to build out as quickly as possible. The basis on which investors measure their success demands that they build out sites promptly to release and recycle the capital and deliver a good return on capital.”

Despite that, some still point to the size of the land bank that developers declare in their annual reports as “proof” that land banking must happen.

But it isn’t proof – those “land bank” figures are the total number of homes with planning permission controlled by the developer which aren’t yet built, expressed as a number of years’ production based on their current volumes.

The size of that land bank is a function of how difficult it is to deliver planning permission. There are three main stages that need to be navigated before homes are actually built.

The pre-planning stage consists of identifying suitable sites, preparing planning applications and carrying our community consultation. The Callcutt Review estimated that takes between 1.3 and 2.1 years, depending on the size of the site.

Then there is the planning stage itself, during which the application is considered by the local authority – most housing applications take at least six months to be determined, if not more.

Lastly comes the post-planning stage, during which pre-commencement conditions are discharged, working drawings are prepared, contractors are appointed and infrastructure works are carried out. Various sources all agree that it takes an average of 12 months to work through those stages before the first home can be completed.

Overall, that’s somewhere between three and four years to bring a new site on-stream. Self-evidently, developers therefore need enough homes with planning permission to keep their operations going while new land is being sourced and made ready for development. And if they plan on growing their business, and increasing the number of homes they build, the size of the land bank will go up.

It’s interesting that there has been an upsurge in accusations of land banking at exactly that time that national planning policy is putting pressure on local councils to actually deliver enough homes. If they aren’t doing that, the housing policies in their local plans are considered out-of-date and planning permission can (and should) be granted on sites where the local plan didn’t intend it to.

It might be politically expedient to try to lay the blame for the housing crisis at the door of the major house builders. After all, the alternative explanation is the central and local government isn’t doing enough to make sites available for housing development.

The inconvenient truth is that land banking simply doesn’t happen”

There is a lot of substance in what is stated in the article, but a contra view to Paul’s is that others may argue that the definition of land banking in this context is too precise and should be broadened to include land held under option or a conditional contract by a housebuilder, particularly when the site has been allocated in a Local Authority Development Plan?

Food for thought it would seem, but other than a media spat and finger pointing in the direction of the large housebuilders perhaps more ought to be done to encourage SME Builders as highlighted in the Times . “MPs call for protections for SME builders  – The number of new homes built by small firms has plunged by 80% in 20 years, a report has found. Just 2,500 houses went up last year, compared with 12,000 in 1998. The All Party Parliamentary Group for Small and Micro Business report said the government must adopt a strategy to reverse the decline of smaller developers, and offered four key proposals: a government-backed guarantee on loans to small housebuilders; action against big businesses that pay suppliers late; a streamlined planning process for smaller developers; and large businesses paying the new apprentice levy to prioritise transferring their levy to small businesses. “