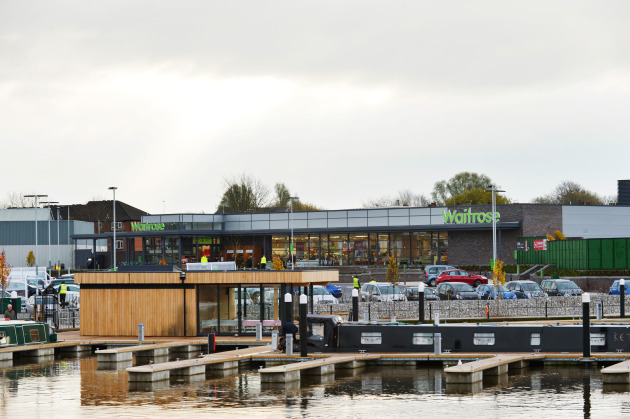 On Monday 25 November 2013 Waitrose opened its new store in the North West of England, completing the first phase of Hayhurst Quay in Northwich, a project undertaken by H2 Urban. H2 Urban are a waterside development partnership formed between Canal & River Trust and Bloc. Andy Taylorson advised H2 Urban in securing the development involving a lease with Waitrose whose new 27,000 ft2 supermarket adjoins Northwich town centre. The deal with Waitrose forms part of a mixed use development on a 4.6 acre site that will also include improvements to the Marina and the provision of a restaurant and 58 apartments which are to be constructed by McCarthy & Stone as part of Phase II. This brings to an end a 4 year project with Eckersley’s working with Canal & River Trust, Bloc and Waitrose to bring to a successful conclusion a small regeneration project to a run-down area of Northwich.