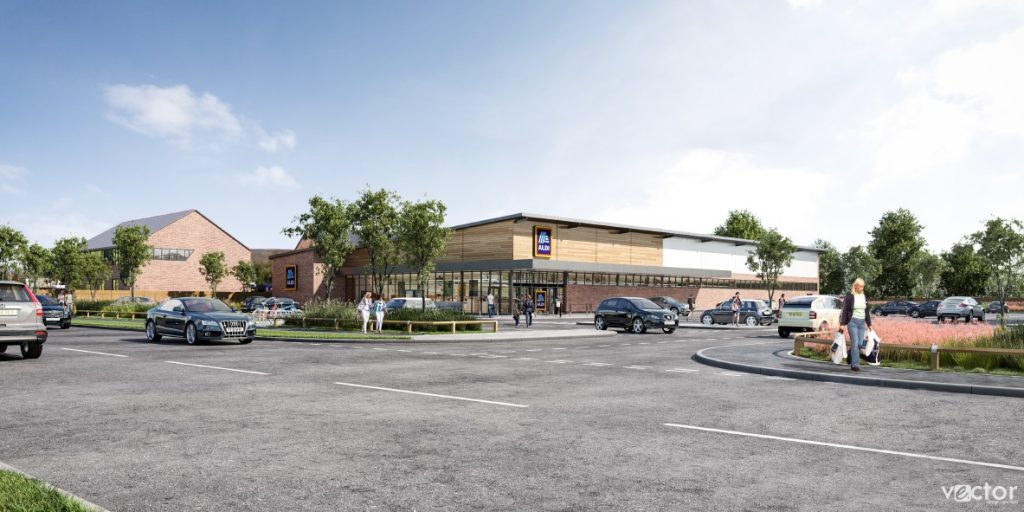 Despite the heat of the current June heatwave, the public consultation event co hosted by Eckersley’s client GBA Services LTD and Aldi attracted a good level of local interest. The development proposals concern that former Bayleaf restaurant on Liverpool Road Tarleton. Now in a derelict condition, it is proposed to regenerate the site with an Aldi food store of 1,726 m² (18,579 ft²) and one hundred and eleven customer car spaces. In addition a flagship, new, two storey office headquarters for GBA Services Limited who are based in Hesketh Bank. The office will provide 620 m² (6,674 ft²) and twenty seven private car spaces.

Eckersley’s Andy Taylorson has been advising GBA on the deal agreement with Aldi. A planning application is anticipated to be submitted in September.

David Birkbeck managing director at GBA Services Ltd commented “We are really excited with these proposals as it brings so many positives to the local community. It helps our business consolidate in new offices that are overdue and it will create new jobs in the village and arrest the seepage of trade to Southport, Preston and Burscough as well as regenerating the site. It’s a positive for our business in this current Brexit environment when so much uncertainty has been created over international trade which is of course our core activity”

Stuart Parks, Property Director, attended the consultation with his professional team to include Highway and Planning consultants and the scheme Architects. All answered key questions from the public who attended the event. “We are encouraged by the positive feedback from community members. Most were supportive and thought the scheme was a good idea. Understandably there were concerns over highways and traffic congestion but the traffic modelling has been carefully analysed and we have some improvements that we can bring to the existing junction arrangements”