CIL – WILL IT HAPPEN? 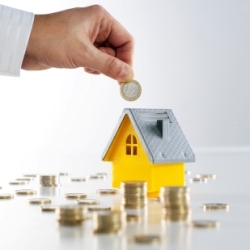 This is the question that some Council’s across the North West will have to decide over the next 12 months as the deadline for the adoption of Community Infrastructure Levy (CIL) draws nearer. Local Authorities including Preston, South Ribble and Chorley have concluded their consultation exercise already and the Planning Inspectorate examination was concluded last week following the publication of the Examiners findings.

Eckersley represented several clients in making representations through the consultation process and also appeared at the examination enquiry providing expert evidence.  West Lancashire, Fylde, Wyre, South Lakeland, Trafford and Bolton are also at various stages of their CIL consultation process and this Practice is active in advising a range of clients on the cost viability implications that CIL will have on the development of land in those areas in the short to medium term future.

So what is CIL?

CIL is a development tax on land!  It was conceived before the property crash in 2008 by the previous Labour Government and there are now real concerns within the property industry that this is the wrong tact at the wrong time when the economy is delicately poised!  This is particularly so for the North West.  The problems for Councils across the region is that they if they do adopt a CIL to deliver infrastructure then the planning law will limit them from using Section 106 payments, which are the usual route to deliver infrastructure to support new development.

The risk for those Council’s without a CIL in place is that they may not be able to deliver new infrastructure to support development in their areas which may then undermine delivery of their local plans.  Some Councils may see the introduction of CIL as a new funding stream at a time when budgets are being cut, but this is not how it will operate.  CIL is only meant to “plug the funding gap”.  It is not the panacea that some Councils are hoping for.

Whilst the regulations are complex, the real issue for the property industry will be to identify which Councils are choosing to implement CIL and ensure that stakeholders engage with the Council to ensure the evidence for any charging scheme schedule is robust and will not prevent development from being delivered.  Our experience is that CIL seems to creeping in under most landowner’s radar, with the lack of understanding of what the implications are for the future viability and scope for development of their land assets.

Some Councils are under a duty to ensure that they can still deliver their Local Plan if they introduce CIL and this will require some hard political decisions to be made.  What part of their Local Plan should be given priority in terms of delivery – transport and schools or affordable housing?  Early evidence of CIL from around the country shows that once CIL has been paid and there is little money left over for the delivery of key policies such as affordable housing.

This can be as much a political question as an economic one.  Decisions about which local plan objectives to prioritise, the creation of jobs verses new affordable housing will need corporate “buy-in” from Chief Executives as well as local Councillors.

For developers the imposition of this development tax could not only stymie development, but also will make it harder for them to deliver consented schemes.  There is actually no legal requirement on Councils to commit to what or when the infrastructure that CIL is meant to pay for will have to be delivered!

This will be an important point in public consultation on development, as applicants will not be able to allay local residents concerns regarding the effect of a proposed development on say highway infrastructure or education issues in terms of timing of delivery.  This is a radical change from the current Section 106 process which provides certainty in terms of costs and timing of delivery of infrastructure.

The next 12 months will be an interesting time for the North West Councils as they will have to decide whether to pursue the CIL route and commence the process, which usually takes at least 12 months from the first consultation to adoption.  The experience in Central Lancashire is that this has taken significantly longer!  Whilst many consider that this development tax should be abolished and Labour has stated that if re-elected, it will abolish CIL – effectively a u-turn on their own policy! – it will be important for landowners and developers to engage in the CIL process; such action will ensure that the Council do not set charging scheme schedules that will stymie or prevent development at a time when the North West is trying to regain some of its confidences; and that much needed development projects to help lift the local economies have some certainty of delivery.